Ahh, the glamour of a pageant. Who wouldn’t want to be a part of this fabulous, princess-like event? Seeing all of the contestants in their hair, makeup, and gowns evokes such a magical feeling.

While most contestants would agree that the event itself is magnificent, they would also  tell you that there is a lot of work that goes into it. The road to Miss New Jersey may be a rewarding one,  but it is a tough one as well.

To get some more information on the topic, we spoke to two Miss NJ 2016 contestants: Olivia Cruz, the current Miss Cumberland County, and Julia Magill, the current Miss South Jersey. Each gave us a detailed account on the contrasting parts of being a “pageant queen.”

The Miss America Organization works to raise funds for the Children’s Miracle Network, and each contestant and title holder is expected to participate in this platform, in addition to their own platform. For Miss Cumberland County, Olivia Cruz, her platform is “Love Through Laces.” She works to raise funds to provide shoes for children in need. Miss South Jersey, Julia Magill, works on  “Feeding Our Families,” a charity to help fight world hunger, especially hungry children.

Their passion for these charitable causes is immediately evident.

“One in four children go to bed with an empty stomach. That’s not okay,” Julia said.

Olivia loves the impact she is able to make thanks to her title.

“I feel a sense of fulfillment from helping others, and I would really love to share that with everyone, especially to the youth because they are the future and they need to know that they really can make the world a better place,” said Olivia.

She said whatever platform a contestant picks should truly be what they are passionate about.

Julia also explained that she has been a volunteer at local food banks for her whole life.

“I wanted to utilize my crown as megaphone to be a voice for the hungry,” said Julia.

Between being full time students, having part time jobs, and serving the area under which you hold your title, doesn’t leave a whole lot of time for much else. Yet somehow, the contestants must squeeze in time to prepare for the Miss New Jersey pageant. 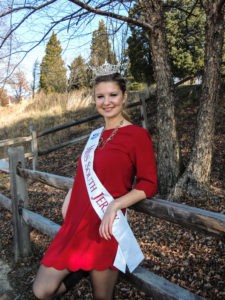 Whoever actually wins the title of Miss New Jersey typically stops taking classes for a semester or two, because acting as Miss NJ is a full-time job, where the winner is constantly traveling around to different areas to represent her state, all the while furthering her own platform, the Miss America platform, and preparing for the actual Miss America pageant.

So what do the contestants gain from this experience?

“Pageants have pushed me to be a better version of myself. For me, it was never a failure to lose pageants- it was a success because I could then always push myself to be better,” Julia said. “There’s not a day I wake up that I don’t want to do my hair and makeup. I don’t mind walking around in heels and smiling all day.”

Not to mention, the pageant winners typically get a sizeable amount of scholarship money. The winnings increase as your title advances, but each winner receives some amount to help them further their education which is why anyone who competes with the Miss America Organization, from local titles to the national title, must be enrolled in college.

Naturally, the contestants tend to face some negative backlash.

“For instance, I am 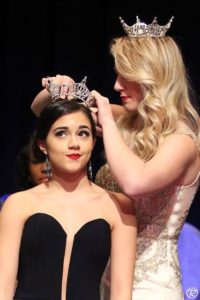 a young Latina, who is out there in the media, and because I’m not bilingual or because I don’t just address Hispanics [in my charitable work], some people make me think I’m not doing enough for the Spanish community. It was hard to deal with when I was competing as a 15-year-old. But it makes me more motivated and determined to reach out to other girls who feel the same way, to make sure they know they can still be proud of their culture,” said Olivia.

And as for the swimsuit portion of the pageant, where much of the “pageant” stereotyping comes from, both contestants stated that they felt as though the Miss America Organization is truly just looking to promote a healthy lifestyle, in which the contestants are proud of the bodies they have.

“I never thought I could push myself to the limits I have, for example, getting up at 8am every morning to go to the gym. I also think it’s important to have a very balanced diet. I definitely don’t suppress myself from any foods, it’s all about moderation,” Julia said.

Both  candidates are thrilled to be able to spend a week with their fellow pageant sisters, competing and cheering each other on for the title of Miss New Jersey. The pageant will take place in Ocean City. The pageant is a ticketed event. Miss New Jersey Final Competition is June 18 at 7pm