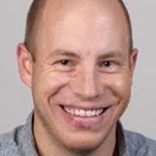 With its renovation in the rear view mirror, Deauville shines with new owners, creative dishes, and those spectacular sunset views

THE DEAUVILLE INN is perfectly positioned on one of the most picturesque
spots of the Jersey Shore. From its expansive deck overlooking the bay, it provides front-row seats to majestic sunsets, offering the kind of views that belong on postcards. Executive chef TJ Ricciardi promises the culinary experience at this venerable establishment in Strathmere, just south of Corson’s Inlet, is every bit as rewarding as the scenery.
That combination has led to huge summertime crowds flocking to the restaurant. Deauville was built more than a century ago and got a major restoration after new ownership took over in 2019.
“It can get pretty intense in the middle of the summer,” TJ said. “When we have a full dining room, a full deck, the pub, and all the beach seating going, we can have somewhere around 1,300 patrons at a time.”
With almost two decades experience running kitchens at the Jersey Shore, TJ’s big challenge at the Deauville Inn is crafting – and executing – a menu that accommodates the wide taste range of a crowd. While some guests come for an upscale meal in the posh dining room, others arrive by boat in flip-flops in search of quick bites at the long outdoor deck bar.
The balance he’s struck is a menu that includes burgers, sandwiches, and chicken wings for the casual diners, as well as more than a dozen entrees from fresh seafood to a variety of steaks. The shrimp and crab imperial are big sellers, and so are the crabcakes. The Deauville’s crab cakes are 65-70 percent jumbo-lump crab mixed with mascarpone cheese instead of mayonnaise for a sweeter, creamier taste.
The key to success, TJ says, is not taking shortcuts in the kitchen, even when the volume of dishes going out of it gets seemingly overwhelming.
“We try to get as much day-boat fish as possible,” TJ said. “Anything that’s caught and gets to the table in a 24-hour period is considered day-boat fish, and our goal here is to do that as much as possible. We make everything here, from our unique tartar sauce to our Caesar dressing to our sherry dressing. Everything is made from scratch.”
The Deauville Inn’s new owner is Dr. Tim Fox, a long-time Strathmere resident and local physician. He purchased the Inn three years ago and immediately gave the iconic building a facelift, mindful that any remodeling didn’t act as a sledgehammer to its history.
“I’m fascinated with the nostalgia of historic buildings,” Dr. Fox said. “My specialty in healthcare is geriatrics. So caring for the elderly and older things has been in my blood and is what I enjoy. It was a natural step when we were thinking about acquiring the Deauville – to restore its beauty, its charm, and its history to the town.”
Many popular restaurants at the Jersey Shore, especially those with prime waterfront locations, are big attractions in the summer, but Dr. Fox and TJ have been working hard to shed “seasonal” as a way of thinking about the Deauville Inn.
In an effort to draw in more diners during the offseason, chef has cooked up themes such as regional Italian nights or whiskey dinners.
In addition, the offseason affords the time to offer whole-fish, table-side entrees. A unique concept where the affable chef comes into the dining room and filets a selected fish of the night – a couple examples being a black bass or a snapper – in front of the guests.
“I talk to the guest and tell them about the fish,” TJ said. “I firmly believe that people want knowledge. It makes the meal more enjoyable knowing how we cooked it or where it came from.”
Dr. Fox is on the same page as his chef when it comes to investing in the Deauville Inn’s commitment to its culinary program and guest experience.
“We’re re-writing menus every quarter, analyzing the food, looking at the dishes carefully,” he said. “We are really being thoughtful with what we are putting out there. We are thoughtful about what community resources we are using. An example is all of our oysters are local, all of our clams are local. We are going to use local meats and seafood and produce whenever we can.”
In large part because of the success he has enjoyed at the Deauville Inn, Dr. Fox recently purchased Yesterday’s Creekside Tavern in Marmora, another bar and restaurant that’s been entrenched in this area for nearly a half a century.
He used a similar blueprint in the remodeling of Yesterday’s, keeping the bar open with a limited menu during the construction process.
“We want to preserve the integrity of the relationships with the community,” Dr. Fox said, “and the building. We want to preserve the history, just like we did with the Deauville.”

OCNJ is Alive with The Sound of Music