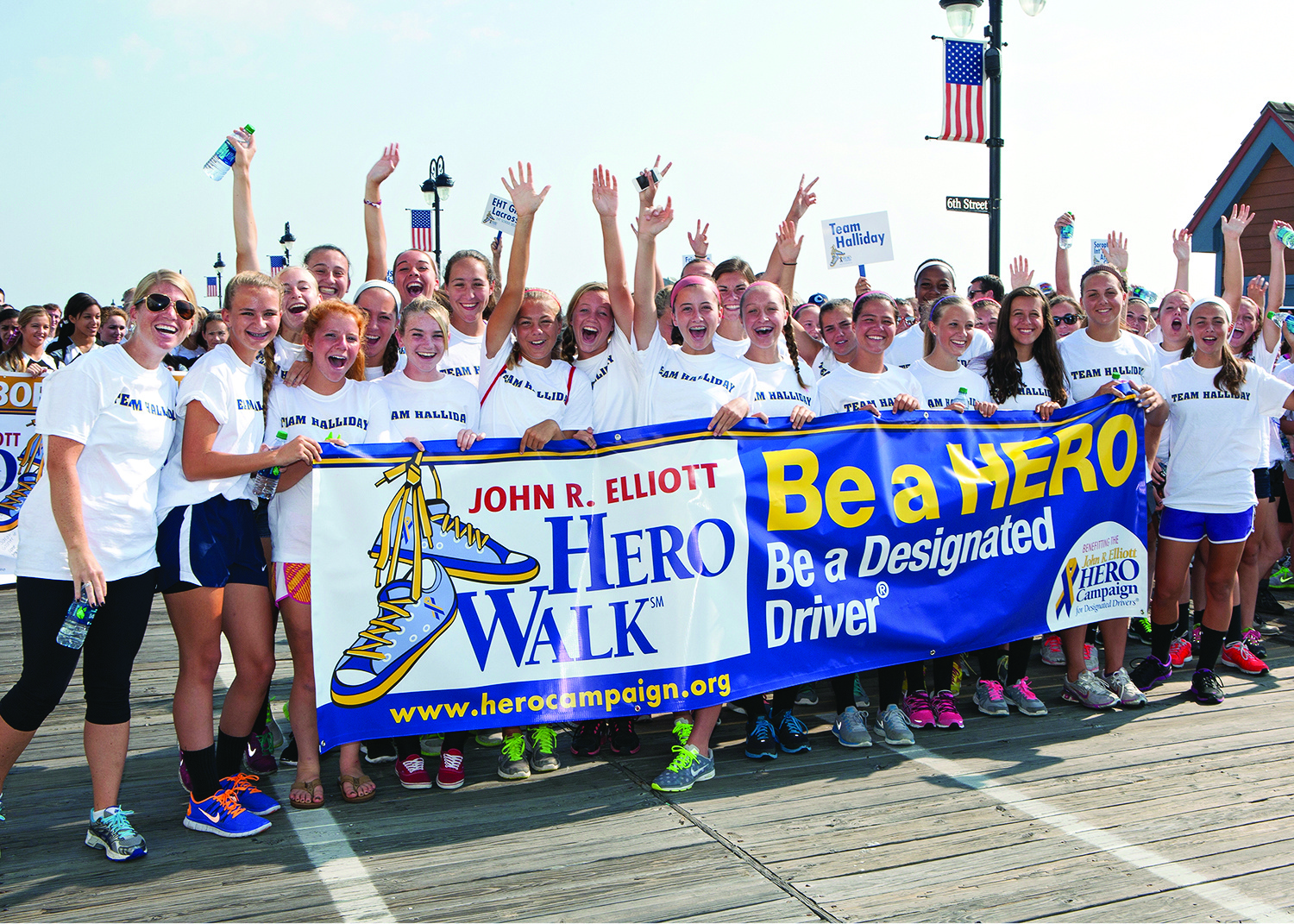 Wedding plans have changed, craft shows and pageants are canceled, and there’s limits on the types of activities you can do safely. With this, charitable walks are also being canceled.

These organizations rely on walks and other activities to bring in donations so that they can further help their communities. But what do they do when these events are being canceled? How do they stay afloat and serve their communities?

Walk for the Wounded

“Every single event has been canceled for 2020. It’s really concerning,” says Peggy Baker, founder and president of Operation First Response.

“It’s really difficult even asking for donations because we know everyone’s in the same situation,” Peggy acknowledges. “We’re really concerned.”

They accept monetary donations through their website as well as donations for their backpack program. It supports wounded service members who have arrived at the hospital with nothing.

“[We’ve been around for] 16 years. To get to this place after 16 years of hard work is depressing and it’s frightening. We deal with really, really difficult situations.”

The 10th Anniversary HERO Walk, hosted by the HERO Campaign,  is postponed until next spring or fall.

Some attendees are from what Bill calls “victim families” or those who have been directly impacted by drunk driving.  His family has had the same experience.

“[Our goal is to] Keep drunk drivers off the road and prevent people from joining the club that no one wants to be a part of,” says Bill.

Bill, along with his wife Muriel and daughter Jennifer, founded the John R. Elliott Foundation. It is named after their son, John, who was killed in a drunk driving accident.

They have found creative ways to spread their message.

If you donate 20 dollars to the HERO Campaign, you can get a HERO gaiter mask, a mask that resembles a scarf.

Their golf outing on  September 23 is still happening at the Union League National Golf Club, a new facility in Cape May Court House.

You can also help out by taking the HERO Pledge. Signing it means that you won’t drive drunk and vow to be a designated driver if you’re in a situation where you can do so.

You can ask for a sticker for your business or car to create awareness of the campaign.

“They also can put a sticker and they can email us for a car decal. We have thousands of them out in the community.”

You can also sponsor a HERO patrol car; a police car in one of the area towns that is wrapped with the HERO brand and messaging.

“We have seven in South Jersey, including Ocean City which was the first,” explains Bill.

They sponsor a HERO Safe Ride program from Thanksgiving to New Years through Uber.

People in the local area can get a ten dollar credit for Uber. This will be fully funded once Uber okays it to give us the credits.

“We would welcome sponsorships. That way, we can expand the program, perhaps beyond the holidays into next year,” says Bill.

Why does he feel it’s been so successful?

“It’s a practical, positive approach to a problem that people know exists,” says Bill about the campaign as a whole.

“To support our mission in these unprecedented times, we are encouraging walkers to host their own “mini-walks” from wherever they call home by engaging their family, friends, and neighbors in fun and safe ways,” says Taylor Montgomery, walk contact.

How do you donate?

“In the meantime, team captains are recruiting their friends and family to start fundraising. They are registering teams online as they normally would (www.oceancitywalktodefeatals.org) and sending emails, texts, and making phone calls to get word out to their community. Most set up a Facebook fundraiser as well,” says Taylor.

Taylor explained that no one walks alone, even this year.

“Essentially, while the Walk to Defeat ALS experience may look different this year, no one will be walking alone. All funds will continue to provide resources and develop new ways to support people living with ALS and their families,” says Taylor.

“We will be hosting a virtual online program beginning at 8am on Sunday, August 16 and then encouraging participants to walk 3.1 miles safely in their neighborhood. We will be posting photos and videos throughout the morning of submissions by participants,” says Carly Presnell, director of fundraising campaigns and volunteer engagement.

You can support or participate in this event by going to their website.

Their event was the largest event of the year for the foundation.

“The OC Water Park and CMAF felt it was in the best interest of everyone that attends to not host a large gathering/fundraiser. We certainly want to ensure everyone’s safety and know the OC Water Park and CMAF would do everything in our power to ensure everyone’s safety but figured playing it safe this year was the correct path to go,” says Lance Miller, President of Chip Miller Amyloidosis Foundation.

However, there are ways that you can help.

“People can visit chipmiller.org to donate directly to our 501C3 foundation. If you’d like an opportunity to win a 2020 Corvette, we are hosting a sweepstakes that allows for just that! You can visit http://corvettecontest.com. We’re grateful for all of the support the OCNJ area has provided over the years and look forward to making 2021 the best year to date with everyone’s support,” says Lance.

Meet the Maker with Todd DiCiurcio