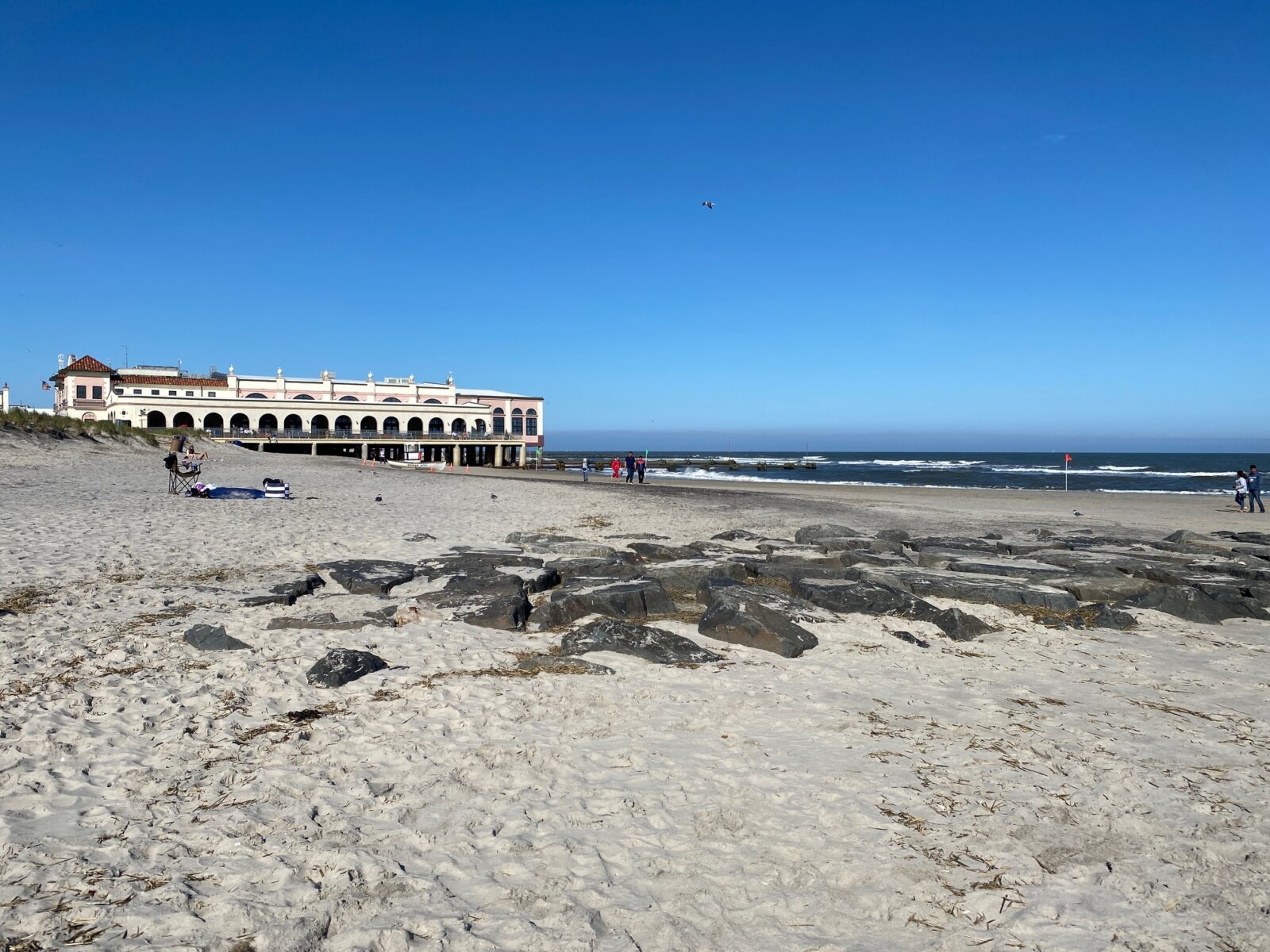 Know more about how wind, weather, and the phases of the moon impact your island home or home away from home.

IT’S SUMMER at the beach. You dig deep and plant your umbrella, marking your territory with beach chairs, towels, flip flops, maybe a cooler, and then dip into the ocean for a nice, long swim or leisurely walk along the water’s edge. If you arrive at the beach at 10am, and intend to stay for the day, how many times will you have to move everything to stay dry? Knowing when to expect high or low tide would take the guesswork out of your beach day.
“Is the tide going out or coming in?” and “What’s the water temperature?” are the two most frequently asked questions of lifeguards, according to Mark Jamieson, chief of the Ocean City Beach Patrol (OCBP). The guards will always have those answers, in addition to their lifesaving duties. “We’re a preventative beach patrol,” Mark says. Lifeguards are trained to know the condition of the currents – based on tides, side currents, rip currents, the water’s depth and where. “A place that’s safe (to swim) in the morning might be the worst spot in the afternoon,” based on the tide, currents and wind direction. For that reason, he encourages beach goers to always set up on a guarded beach for their own safety.
Chief Jamieson offers some visual cues to ascertain whether the tide is going out or coming in and where it’s safe to set up camp. First clue: set up around where the soft sand ends; that’s where the high tide came up to the night before. Second: look at where the lifeguards place their stands. They move their stand with the tides, always staying within 50 yards of the water’s edge.
The number of guarded beaches in Ocean City varies based on how many lifeguards are available for duty – up 186 lifeguards at 43 guarded beaches and three surfing beaches during peak season (first week in July through second week of August). The guarded beaches open on Memorial Day weekend and close a couple of weeks past Labor Day. Get a complete schedule of guarded beaches at www.ocnj.us/ocbp.

Back to the Tides
You probably forgot from science class that in this part of the world we experience two high tides and two low tides each day, each roughly six hours apart. According to the National Oceanographic and Atmospheric Administration (NOAA), tides are caused by the gravitational pull of the moon which generates something called tidal force. The tidal force causes Earth – and its water – to bulge out on the side closest to the moon and the side farthest from the moon. When your part of the world is in one of the bulges, you’re in high tide; when you’re not, you experience low tide. Why are the tides and their daily highs and lows and weather conditions important to those of us who love living and visiting Ocean City? Stop a surfer and ask them. “Surfers are the real weathermen around here,” says Doug Bergen, Ocean City’s public information officer. They understand and appreciate the awesome power of nature and have trained themselves in wind and weather patterns that impact the waves.
Take a minute to appreciate this island habitat. Ocean City is an eight-mile-long barrier island, two miles (more or less) from the mainland, surrounded by marshland habitats and fresh and salt-water. Barrier islands protect coastlines from severe storm damage and harbor habitats that are refuges for wildlife. That journey over the 9th Street Bridge is among the most scenic anywhere. The air becomes fresher, the water glistens, and waterfowl preen. The bay is a nursery for innumerable birds and sea creatures who eventually find their way to the sea. High and low tides effect both the bay and the ocean.

Not All About the Moon
The phases of the moon impact normal tide levels, but wind and weather patterns complete the picture. In a new (dark) moon or full moon, the gravitational pull of the sun and the moon (with Earth in between), causes the oceans to bulge even higher. That is why the highest tides usually occur a day or two after a new or full moon. Combine a new or full moon with high winds, and you get higher water, even without the presence of rain. Strong offshore winds can move water away from coastlines, exaggerating low tides. Onshore winds can push water onto the shore, making low tides much less noticeable. High-pressure weather systems can push down sea levels, leading to lower tides. Low-pressure systems – brought on by strong storms and hurricanes – can cause tides than are much higher than predicted.
Ocean City tracks and reports tides, storms and water past, present and future, and has great resources online for visitors and residents. The Ocean City Office of Emergency Management coordinates daily with Federal, State, local and private resources throughout the city. At www.ocnj.us/oem, find links to daily tide times, predictions for future tides levels and historic tide levels. And for daily news, happenings and storm information, sign up for the City’s Alert Me! feature from the home page.