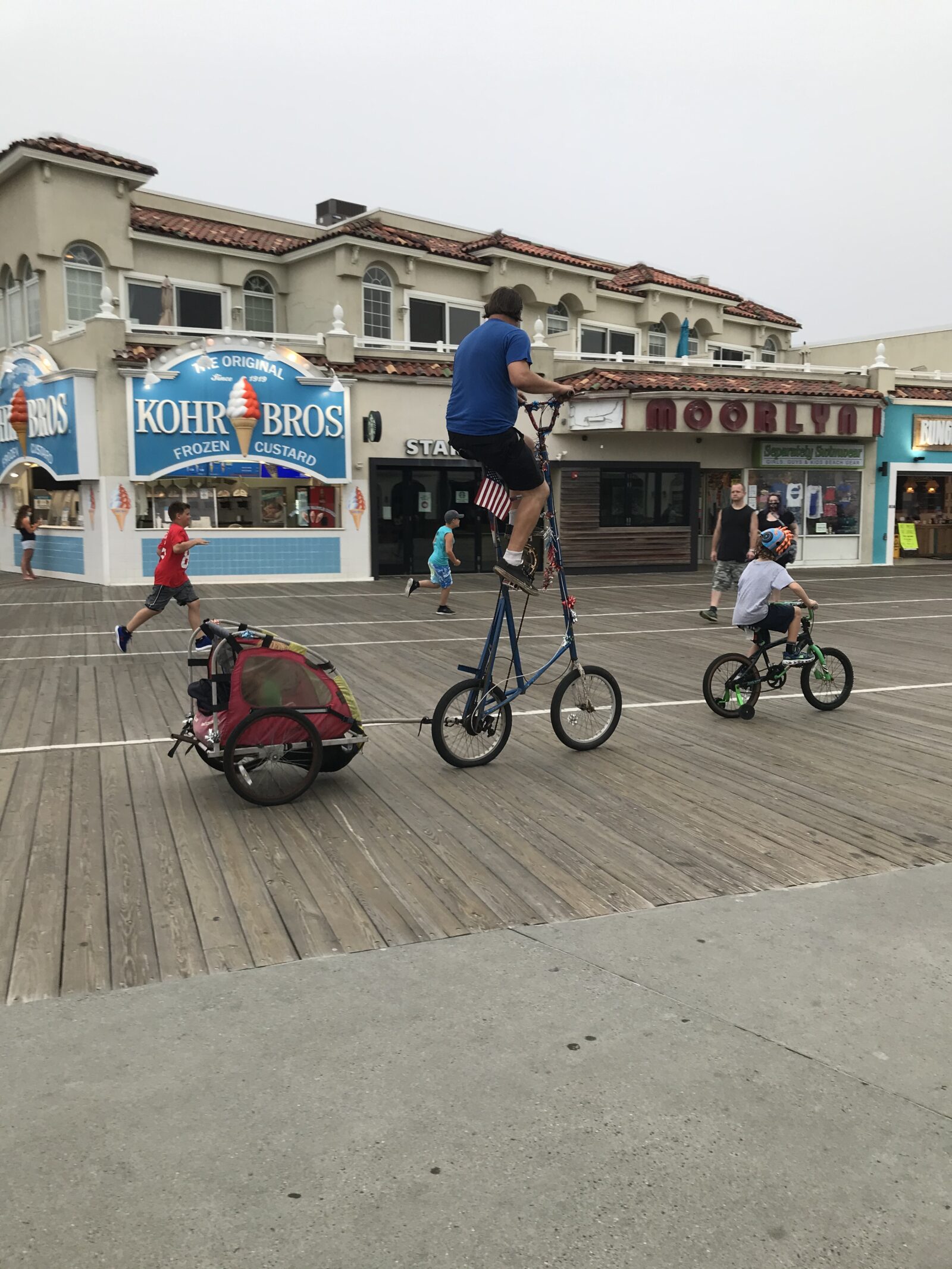 You’re on the Boardwalk in the evening, when suddenly you hear the honking of a bike horn as three bikes whiz past you.

Bikes aren’t allowed on the Boardwalk past noon, are they?

After Labor Day, bikes are allowed on the Boardwalk all day until June 15, barring any special events like table sales, art shows, or charity walks.

There are other changes to the fun you can have post- Labor Day in Ocean City.

Tennis and pickleball courts are open.

“Their hours of operation are from Memorial Day to Labor Day,” said Recreation Supervisor Kristie Fenton.

However, you can still go and play. Recent drives past the 34th Street tennis courts show that they are still being put to good use.

The Municipal Golf Course, located at 26th and Bay Avenue, is open through October 15, but you will still be able to use the course after they close for the season.

Different this year are extended fitness classes on the beach. Free classes are held on Mondays, Wednesdays, and Fridays from 8-9am through October 2 on 6th Street beach.

All Ocean City sanctioned events have been canceled through the end of October. This includes the Fall Block Party and Halloween Parade.

However, there will be a virtual Fall Block Party October 9-11, along with table sales Downtown and on the Boardwalk.

The Farmers Market is extended through September 30.

Starting October 1 until April 30, you can have your dog on the beach.

However, leave your woofing friend at home if you’re going to the Boardwalk. Dogs are never allowed.

Blitz’s 34th Street will close for the winter, most likely before the end of September. 21st Street will be open year round.

Many stores are hiring for the fall.

Other things to know

Starting on Monday, September 14, trash pickup will be once a week.

Parking meters are in effect until October 31.

Get out and enjoy Ocean City’s second summer season!

Bring your family for fresh air fun in OC

Featured HP, Photo of the Day

One of the last glimpses of Summer 2020