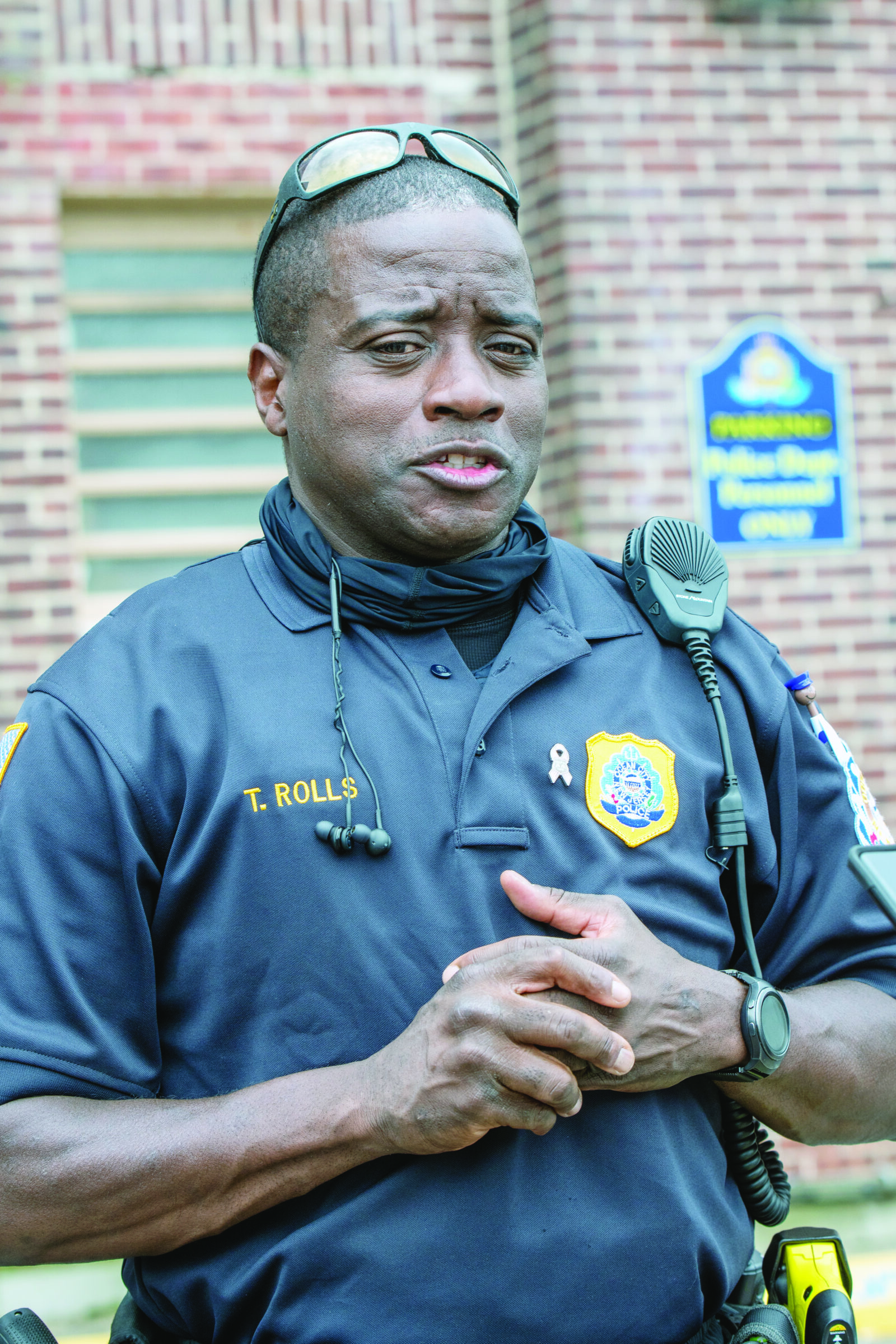 Last month, Ocean City held a peaceful protest in the downtown district, where Sergeant Tyrone Rolls was put into the spotlight about the unrest happening in our nation. A 24-year member of the force in Ocean City and a wellspring of historical knowledge and passion about our country’s racial past, the officer gave a strong speech that day advocating for education and coming together as a people. With the recent issues of the nation constantly on the forefront of his mind, he is always learning in order to ease tensions and bring love and understanding into the community.

What inspired you to become an officer?
I wanted to make a difference in my community and give the black community someone to look up to.

How has the black community changed since you became an officer?
It became smaller. There are not even a hundred black people here. My graduating class at Ocean City High School was around 357 – and only seven or eight of us were black. It is a shame. Racism did not push them out though, the economy did.

What is your day to day like?
I walk in, get the information from the squad that is leaving about anything I need to address or be aware of, and go about my day. I reach out to youth I mentor, see if they need anything, and answer calls from the public.

What is your favorite childhood memory of Ocean City?
Sports. I played football. The team members I had, just being out there and being good at what I did kept me in tune, out of trouble and gave me my edge.

How do you deal with racism on a daily basis?
Like I said during the protest, out of uniform I experience exactly what African Americans experience. I walk down the street and people look at me funny. Store employees follow me around, people give me the finger. I have been on a call and people say they do not like me.

How do you suggest people educate themselves on African American history?
Through education and getting together and changing what we have to, step by step. We have to teach about black culture and redlining.

What are some concrete things you hope peaceful protests accomplish?
Show that we [officers] understand, are listening, and there are things that need to be changed. Change for people of color to prosper – fair mortgages and housing. Mortgage companies raise mortgages for African Americans and keep them low for the rest of Americans. We have to fix the justice system for African Americans who have gone to jail for little minor things.

How do you suggest people make themselves heard?
They are doing everything right to get their voices heard. But the point is when are people going to listen? When Colin Kaepernick kneeled people made it a narrative. We need people to listen and stop making up their own narrative.

How do you serve the community out of uniform?
I have kids that I have mentored and coached throughout the years. I have coached basketball in Upper Township for fifth and sixth grade, then boys and girls track here in Ocean City at the high school level. Eighth grade boys football for one year. Fifth and sixth grade travel basketball in Ocean City. I started my own business – RA Development – youth development for growth in sports.

How do you motivate those athletes?
Most kids play a sport just to play it. I teach kids if you do something you put your all into it… you learn the ins and outs and teach them the work ethic so they can achieve something and be somebody. Me being an African American in a predominately white area gives them a black guy who is successful and pushes them in the right direction, so they can see that not all black people are bad.

What are your hobbies?
I love playing basketball, bike riding. I grab some headphones and just ride. I run three or four miles every other day. I like to coach.

What do you listen to when you ride?
I listen to reggae. I used to listen to all the old rap music.

What are some traits that have helped you as an officer?
A good listener and being able to communicate with people no matter what. I have gone to calls where people are flat out just yelling at me. Understanding people’s mental state going into calls has been helpful.

How has COVID-19 affected how you perform your job?
Not being proactive. We became more reactive with people, because we did not know what was going on. We had a few cases of COVID in Ocean City and did not know how it was spreading. I went on a couple of calls where people said they were having symptoms, and would have to wait for the fire department to come in with their Hazmat suits. It was difficult.

What are you looking forward to this summer in Ocean City?
Maybe not this summer, but having time to enjoy next summer. I am going to retire July 30 next year, after 25 years. But now, just seeing people out enjoying life. I like to make people happy.

What do you hope for police officers going forth?
That we are more understanding and mindful of people’s backgrounds and situations and act accordingly.
-Photos courtesy of Jose Aponte, Jr.