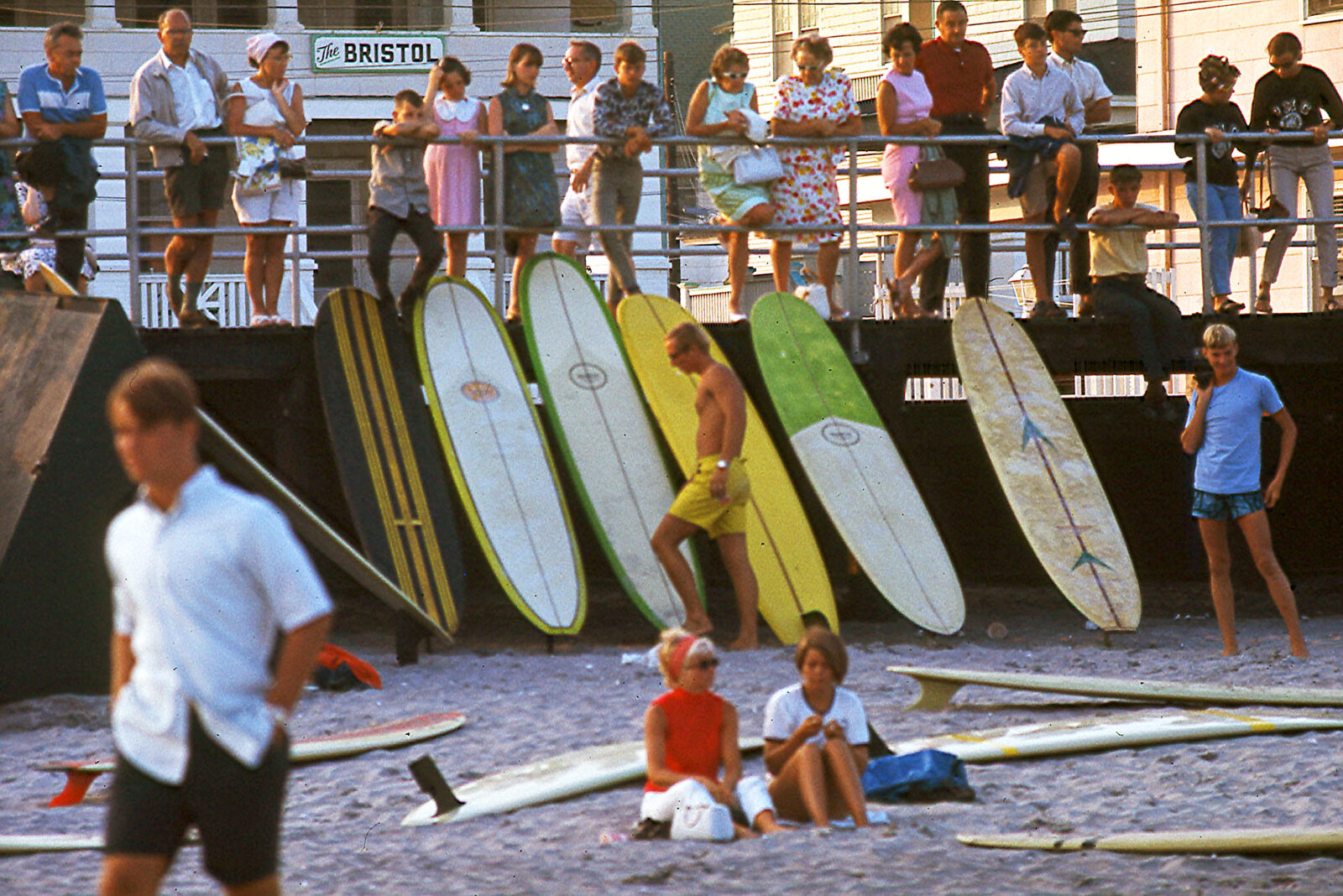 Surfing seems synonymous with Ocean City. Ocean City has an ocean; surfers are in the ocean. It’s something that organically makes sense. The number of surf shops and other places that are surf themed on the island drive that message home.

But was surfing always legal? Were there always designated surfing beaches?

That concept was argued for by surfers for a number of years until they got what they wished for in 1970- a place where they could surf whenever they wanted to.

The 50th Anniversary of 7th Street being designated a surfing beach was celebrated on June 29. Keith Hartzell, City Council, was on hand to read the resolution outside the Music Pier.

“I just really heard about it from the surf community itself. I had a tip that it was the 50th so I went to Doug Bergen and he did the research and I was able to get the original article from the Sentinel,” said Keith.

Keith isn’t a surfer, but he knew it was important to recognize the anniversary.

On the day the resolution passed, “It became part of the history of Ocean City” according to Keith.

“You can be the worst surfer in the world but you can still have fun out there. It’s still a happy and fun experience,” says Dean Randazzo, arguably one of the biggest surfers to ever come out of the Jersey Shore.

But when did surfing first come to Ocean City?

ccording to OC resident John Loeper, surfing arrived on the island in the mid-20th century. Read our story on the history of surfing in Ocean City.

“Surfing’s been around since 1959. For years, people had lobbied the city to have a surf beach. Before the surf beach, you could only surf after 5pm to sundown or early in the morning until the lifeguards came at 10,” said John.

The policy at the time was restrictive; you could go off the island to surf, but it was a hassle. Surfers wanted to be able to surf at a place that was their home, whenever they wanted to. The surfing community was rapidly growing, but there were still limits on their craft.

“It was a great thing for Ocean City to have a surf beach for the amount of surfers that were on the island. A lot of communities follow suit,” said John.

Originally though, it was only 7th Street.

“Only 7th Street. It was really a nice thing. A lot of people couldn’t surf until the late afternoon [and now they had the ability to do so],” said John.

John was living in Connecticut at the time when Ocean City got their first surfing beach. Even though he wasn’t in Ocean City, his reaction was the same.

“Thrilled to get one beach to start with, absolutely thrilled. Ultimately, you had to know that there would be more beaches because of the amount of surfing. Surfing’s a big deal here; it’s huge,”  John said.

Having a surfing beach in Ocean City made sense. If the surfers didn’t argue for their right to have their own beach, lessons wouldn’t be able to happen throughout the day. There wouldn’t be a festival dedicated to the “Art of Surfing.” Surfers would have gone elsewhere where they could surf freely; never forming the surfing community in Ocean City.

Meet the Maker with Todd DiCiurcio